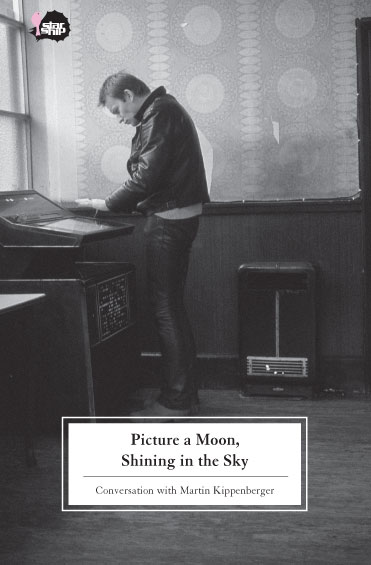 Picture a Moon, Shining in the Sky
Conversation with Martin Kippenberger

There I would like to make a happy end for once. And something commercial, as you call it. Happy end somehow means commercial. I wouldn’t fight it becoming a best seller. The book that one carries at his side like a Bible from which one can draw strength.
Even if it lies around for a few years and sometimes distribution is delayed and some people won’t read it for another ten years. A book has a completely different circulation than a catalogue. Catalogues are 2,000 to 5,000, a book is 20,000 and maybe it will be trilingual, if you are able to express yourself in different languages.
People are sitting out there under the depressed apple tree, oh no, another coconut fell down instead of an apple. Head wound. Then they say, what is coming next? And then there is a book and they open it and say, oh it can’t be all that bad. 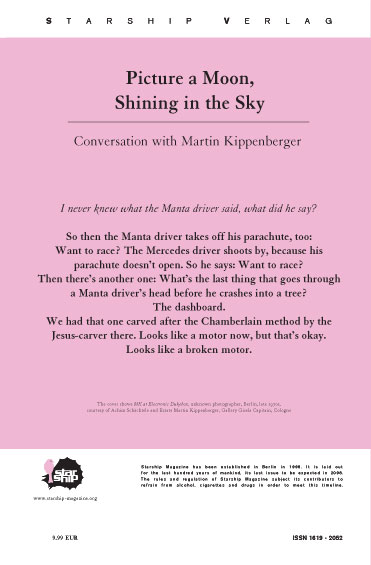 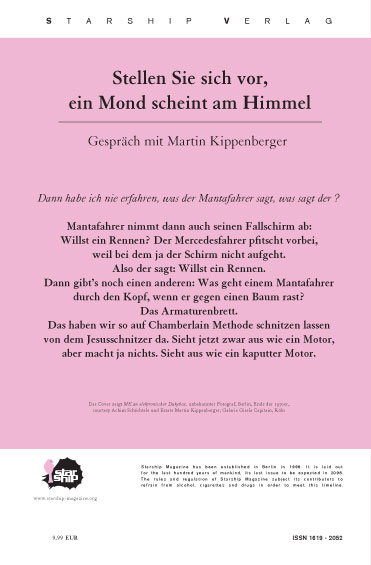