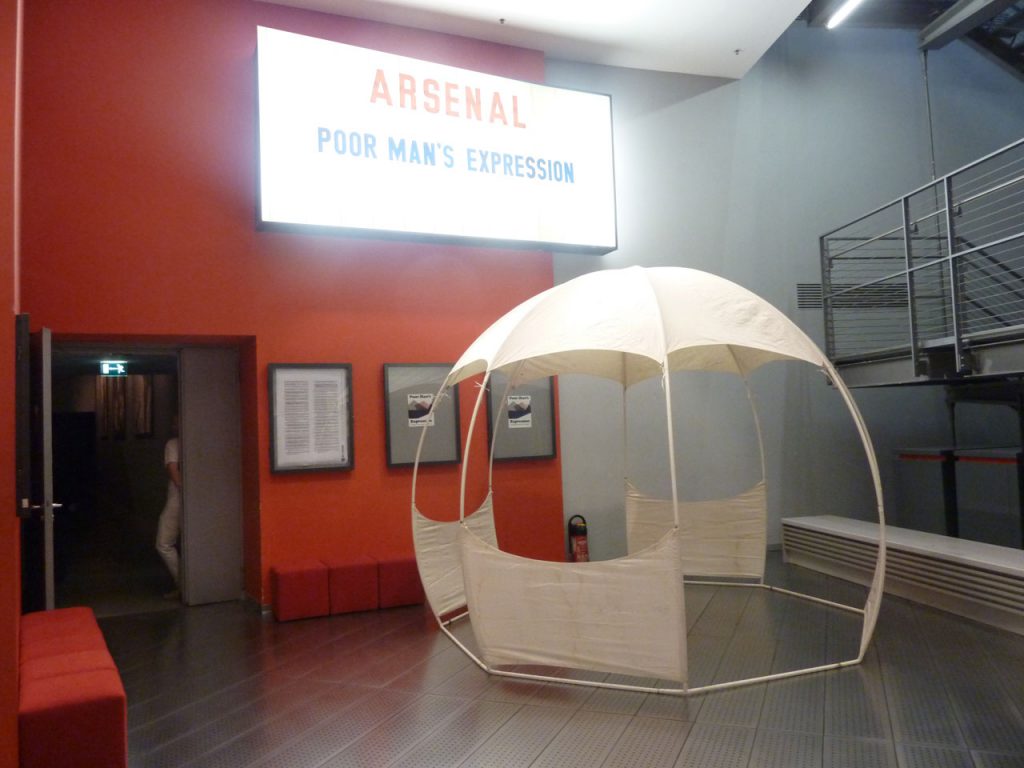 To celebrate the release of Poor Man’s Expression, various presentations and screenings are taking place at Arsenal and in the surrounding space on May 11th, 12th and 13th. The program is based on the approach of the eponymous exhibition that took place at Arsenal in 2006 and which resulted in this book.

Martin Ebner and Florian Zeyfang, the exhibition curators and publishers of the book, had this to say about the project:
„We postulated that there was at a certain point a close relationship between forms that now exist quite separately from one another, that is, the realms of fine art, experimental film, literature, poetry, music, and technological development as well. What is it supposed to mean that 16mm projectors will soon have found their last luxurious performance site in art institutions, while YouTube represents a contemporary way to watch an interview with Hollis Frampton? Conversely, the gradual absorption of the genre of experimental film into the realm of media art of the 80s and 90s can also be seen as a transformation analogous to general social and media development, going hand in hand with the development of individualization and the consumer society.“

The original postulations for the project are revised in the publication, Poor Man’s Expression; on the one hand in the texts of the authors that were written for this book, and on the other in the image/text contributions made by the participants of the exhibition, whose work with Arsenal’s film archive have made an indelible mark on this book.

As a continuation of a discussion that has lasted decades and taken on different formats, on Wednesday films by Alfred Leslie and Frank O’Hara will meet videos by Stephanie Taylor and Alice Könitz. Su Friedrich, Jay Chung & Q Takeki Maeda, Anthony Balch, Tibor Hajas, Florian Zeyfang, Bruce Connor, Ariane Müller & Martin Ebner at an event entitled I’ve seen it on a bigger screen before, the resolution was fine that examines space and the city.

On Thursday, other films will leave the cinema: The director and his actor and his dog looking at footage going out for air includes films by Robert Breer, David Rimmer, Morgan Fisher, Rudy Burckhardt, Henry Hills, Margaret Tait, Ernie Gehr and others.

The Friday program Oben ein Mond im grünen Bällchen (Above a moon in a small green ball) will close the session with the premiere of Sebastian Lütgert’s new video as well as films by George Landow, Daria Martin, Joyce Wieland, Sean Snyder, Bruce Conner, Judith Hopf & Henrik Olesen and others. (May 11, 12 & 13)

I’ve seen it on a bigger screen before, the resolution was fine. 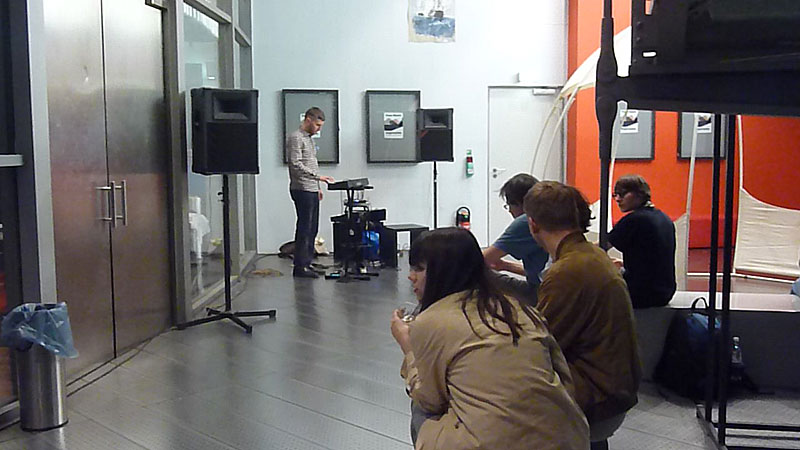 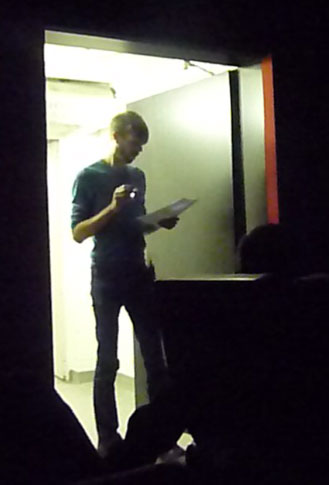 Nina Könnemann ,“The Apple from the Eye of the Worm”,
documentation, 2000 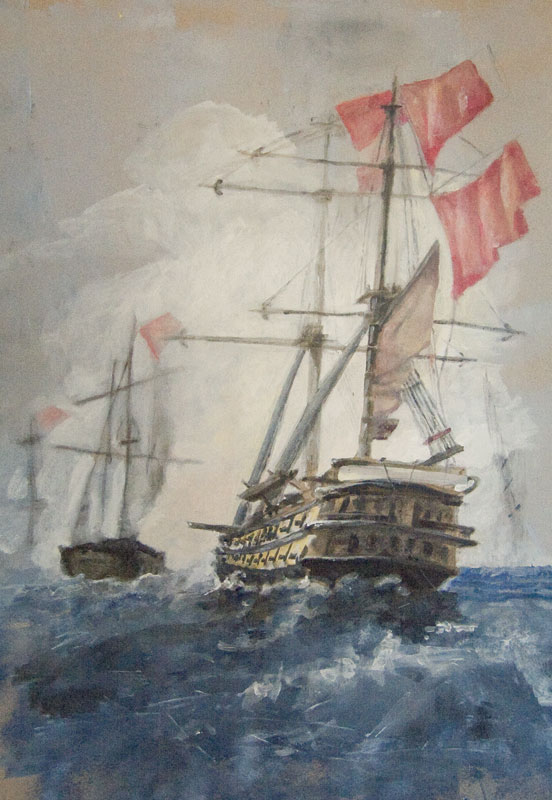 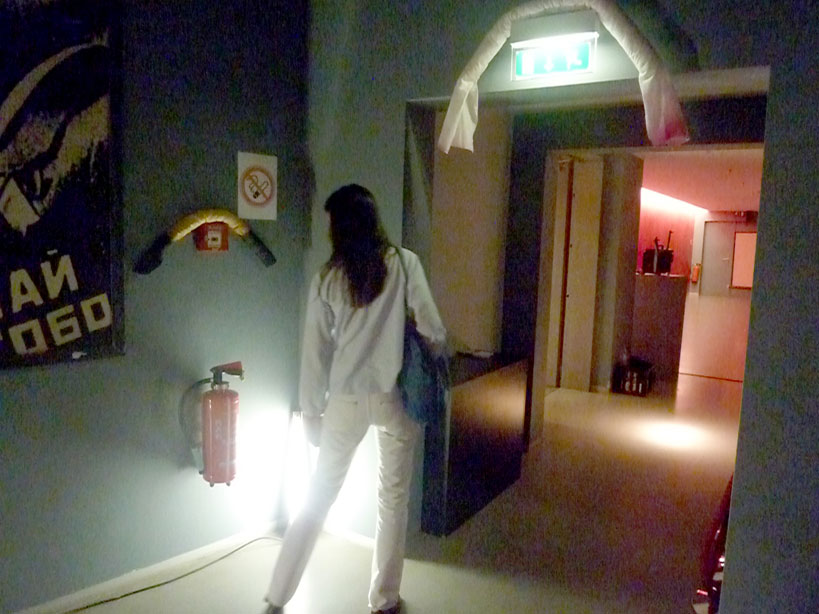 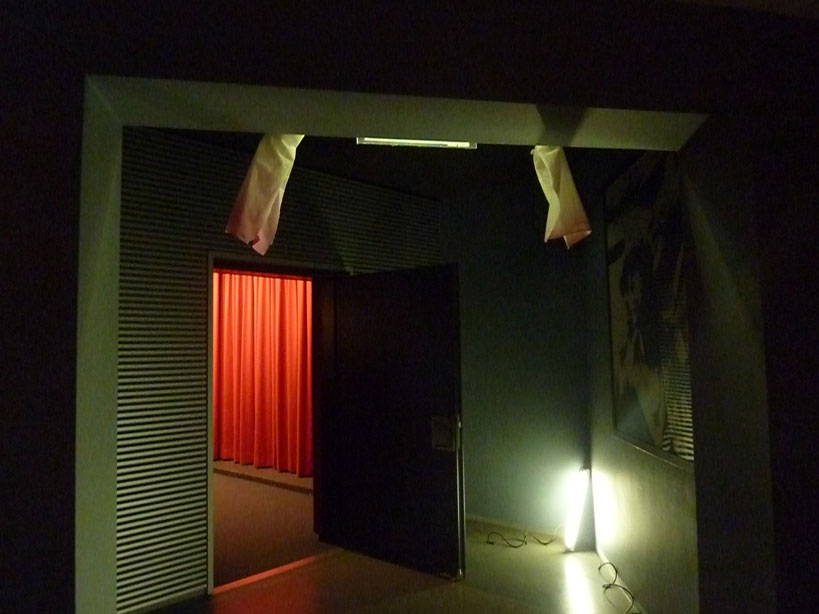 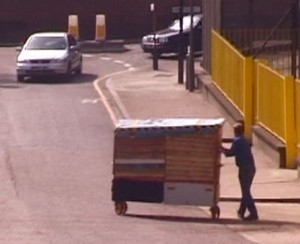 Additional screenings of films by Margaret Tait, You Never Know (“Highway to Hell”) and other permanent installations. 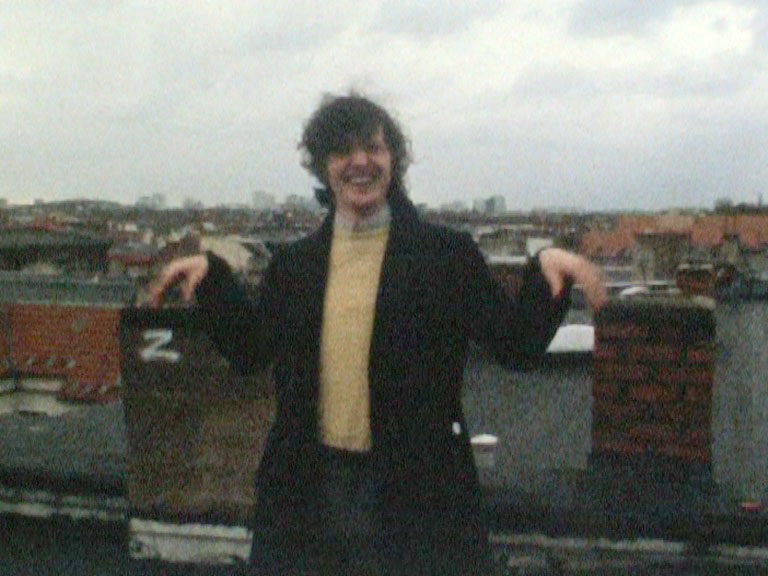 Premiere of
“Sheikh Zayed Road” (2011) by Sebastian Lütgert:
a fragment from a film about capitalism, set in Dubai. 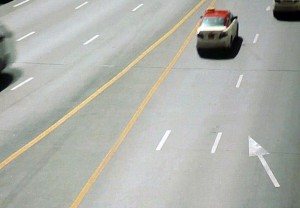 Plus permanent installations in the foyer,
and screenings of films by Henry Hills (“Money”),
P. White (“33 Yo-Yo Tricks”), Harry Smith and Nina Könnemann.