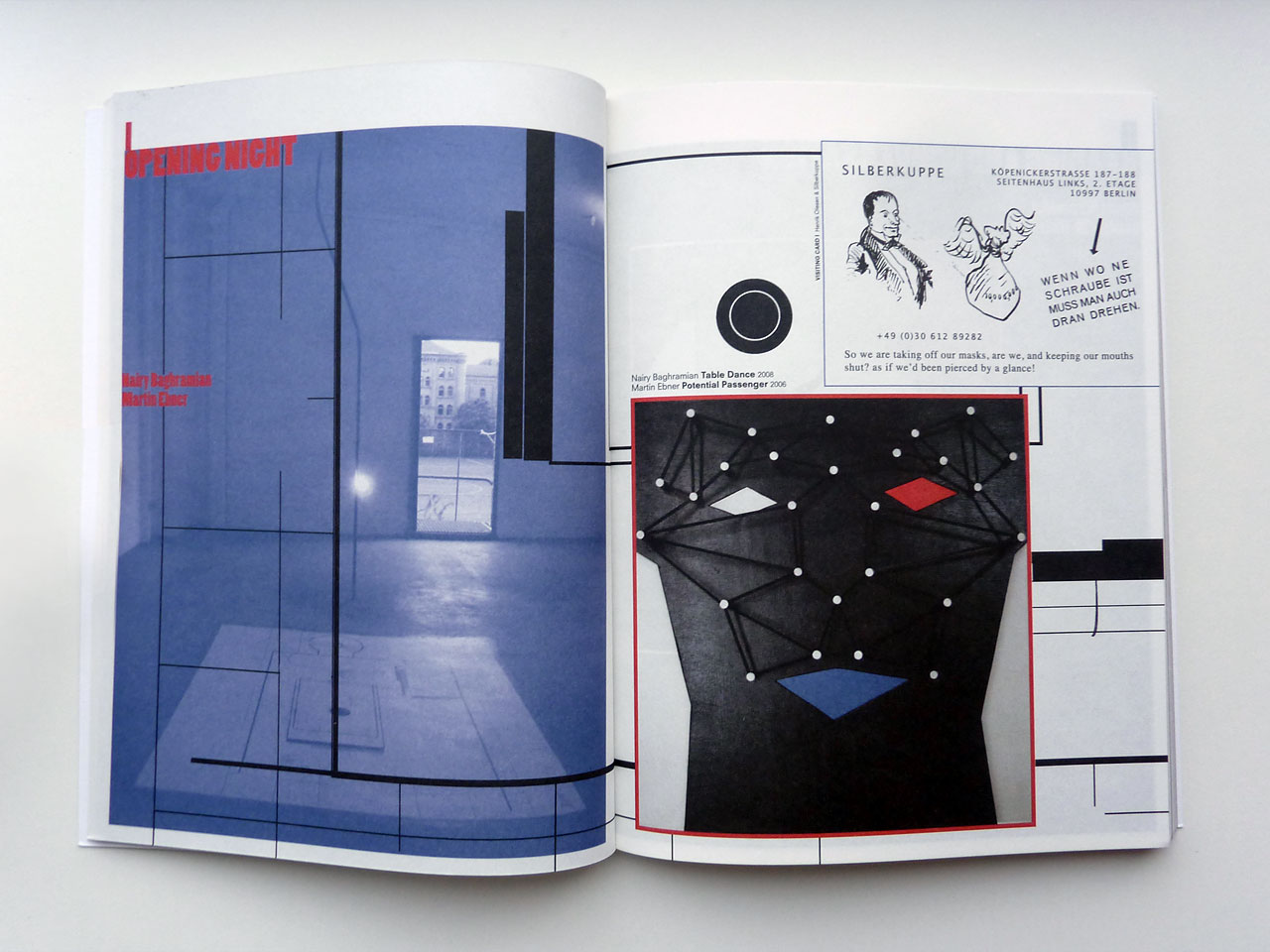 Silberkuppe – Under One Umbrella
Sternberg Press, 2010

This book is the first overall presentation of Silberkuppe. Since it s founding in May 2008, Silberkuppe has become one of Berlin’s most outstanding independent spaces for contemporary art. Dominic Eichler and Michel Ziegler run the space from a twenty-five square metre room in a former concierge’s office. Over the last two years they have initiated around twenty projects including exhibitions, lectures, presentations, film screenings, concerts and performances, which together have involved more than fifty cultural producers with diverse interests and backgrounds, including contemporary artists, architects, actors, dancers, designers, musicians and writers. This catalogue comes as a result of the »Under One Umbrella« (2010) in Bergen Kunsthall, a project that was the culmination of a series of institutional group exhibitions in which Silberkuppe extended their practice out from their own micro-space. It takes the form of a photographic report documenting all of Silberkuppe s main exhibitions and events, as well as presenting several essays related to the projects.